Ever wonder to see and feel the air of "Island of the Gods"?
Well, Jeju Island is the answer for it!

Well known also as "Island of the Gods", Jeju Island is a popular vacation spot for Koreans and foreigners from all over the world.

Jeju Island is also one of the top honeymoon destinations in the world.

Despite attempts to market the island as "the Hawaii of Korea," climatologically and geographically it bears little in similarity to the Hawaiian Islands in the U.S. The island offers visitors a wide range of activities: hiking on Halla-san (South Korea's highest peak) or Olle-gil(routes), catching sunrises and sunsets over the ocean, riding horses, touring all the locales from a favourite television K-drama, or just lying around on the sandy beaches. 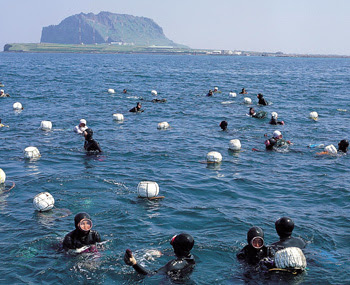 Did you know that Jeju Island is actually a volcanic island?

Jeju Island also have this unique landscape that's home to a diversity of plant life that varies by elevation and numerous types of animals.

The coastlines are a series of cliffs and beaches, and the center of the island around Hallasan Mountain is dotted with over 365 Oreums (오름, the word for “small volcanic mountains” in Jeju dialect). 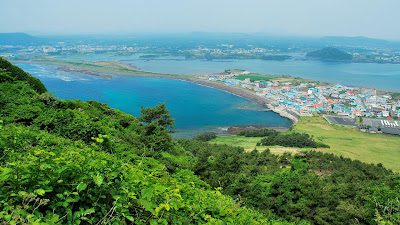 Past volcanic activity has carved out an extensive series of lava caves and sea caves all around the island and just off the coastlines are eight inhabited and 53 uninhabited islands scattered throughout the emerald-blue sea.